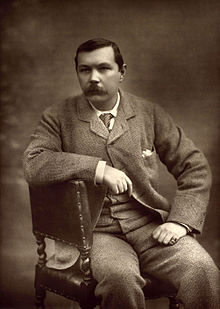 Perhaps the most famous quotation attributed to Doyle's character, Sherlock Holmes, is "Elementary, my Dear Watson." The Oxford Dictionary of Quotations, Fourth Edition, 1992, p. 256, states that the quotation "is not found in any book by Conan Doyle, although a review of the film The Return of Sherlock Holmes in the New York Times 19 October 1929. p. 22, states: 'In the final scene Dr Watson is there with his "Amazing, Holmes," and Holmes comes forth with his "Elementary, my dear Watson, elementary."'

Here are a few other quotations which ARE in Doyle's books: